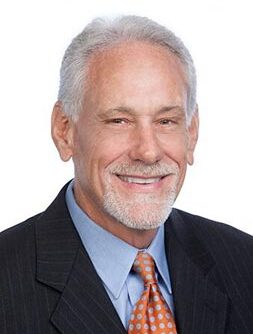 As a licensed attorney, Norman P. Jones entered the U.S. Army in 1971, was certified under the Uniform Code of Military Justice, and served in the Republic of South Korea as defense counsel in the JAG Corp. Upon receiving an honorable discharge as Captain, he entered private practice in his home state of Oklahoma for four years before moving to Denver, Colorado, where he served for two years as a clerk for the 10th U.S. Circuit Court of Appeals. Subsequently, he was employed by and became partner of the Denver oil and gas law firm of Poulson, Odell & Petersen.

In 1986, when the oil and gas market became depressed, Norman moved to St. Croix and served as an Assistant Attorney General and supervising attorney for the Department of Justice for two years, after which he practiced privately on St. Croix until Hurricane Hugo hit the Island in September 1989. He then moved to St. Thomas in January 1990 and formed the firm of D’Amour, Jones & Stryker. In October 1999, he left the firm to practice on his own and, after 15 years, became “Of Counsel” to the firm of Dudley Rich Davis LLP, where he currently practices. He was certified by the US Department of Justice as a Mediator in 1994.

During his 34 years in the Virgin Islands, Norman served the communities in several capacities at various times. From 1998 to 2002 he was a board member of the United Way, raising thousands of dollars in donations, and attained the office of Vice President. He sat as a board member on the Dutch Reformed Church Consistory, was a “lay reader” and was appointed president and director of the church’s “After School Learning Center.”  For three years, he and his wife travelled to the Dominican Republic with the youth group for mission work in poverty stricken areas. From 1995 to 2015 Norman served as panel member and then panel chair for the VI Bar Association’s Ethics & Grievance Committee, conducting investigations and hearings in resolving grievance complaints. He served as a board member of the St. Thomas Yacht Club, and President of the Mahogany Run Homeowner’s Association. His philosophy to always represent clients competently and ethically has been rewarded by constant repeat business from his clients.