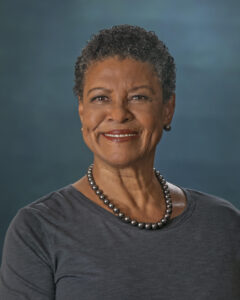 A native of Boston, Massachusetts, Adriane has been in active practice in the Virgin Islands since 1977. Her early days on St. Thomas gave Adriane the opportunity to meet and form lasting relationships with the island’s multi-cultural and excitingly diverse community members, both within and outside the legal realm. That pattern has continued throughout her professional and personal life in the Territory and beyond. As a youngster, she watched television shows featuring Perry Mason and avidly followed state and national politics. She inherited a love of the legal profession from her father, an attorney, and unlike many who have chosen a similar career only to eventually burn out, her passion has endured over the years and she is still excited to champion the needs of her clients every day.

After working as a law clerk in the Virgin Islands Territorial Court, Adriane became a prosecutor in the Office of the Attorney General and later served as an Assistant United States Attorney for the Virgin Islands. In private practice since 1979, she co-founded the firm of Dudley Rich LLP, which she describes as much more than a collection of intelligent and experienced individuals working under the same roof; it is, she says, “a true partnership.” There is a spirit of cooperation among the attorneys and staff which translates into harmony and a positive outlook. She believes these qualities foster the high level of competence that assures clients receive outstanding legal services.

Martindale-Hubbell® Peer Review Ratings™ (through Lawyers.com) recognize lawyers for their strong legal ability and high ethical standards. In 2020, Adriane received its AV Preeminent™ Rating, the highest possible honor and one that is bestowed on only 10 percent of all attorneys. It is a designation trusted worldwide by buyers and referrers of legal services.

Adriane’s extensive experience with Virgin Islands economic development incentives for large and small businesses assists her clients in establishing effective contractual relations with the executive and legislative branches of the government and in navigating government bureaucracy. Adriane has deep expertise in the areas of labor and employment law, real estate and business management matters, while also being well versed in gaming and casino regulation. She has appeared many times in trial and appellate courts at both local and federal levels. Adriane is often sought out as a commercial arbitrator regarding construction and corporate issues, as a labor arbitrator and as a mediator dedicated to helping parties find common ground for the best possible resolution of disputes.

A leader academically, professionally and in the community, Adriane is known for her dynamic involvement in all causes she serves and was recipient of the 2009 VI Bar Association’s Winston Hodge Award for Public Service, as well as the ABA State & Local Government Lifetime Achievement Award in 2019. Adriane works to improve the quality of life in the Virgin Islands and beyond. She has a special concern for issues affecting children. As Legislative Chair of the St. Thomas-St. John Chamber of Commerce, she frequently advocates for the business community before the Virgin Islands Legislature and in 2014 was honored with the Chamber’s Community Service Award.